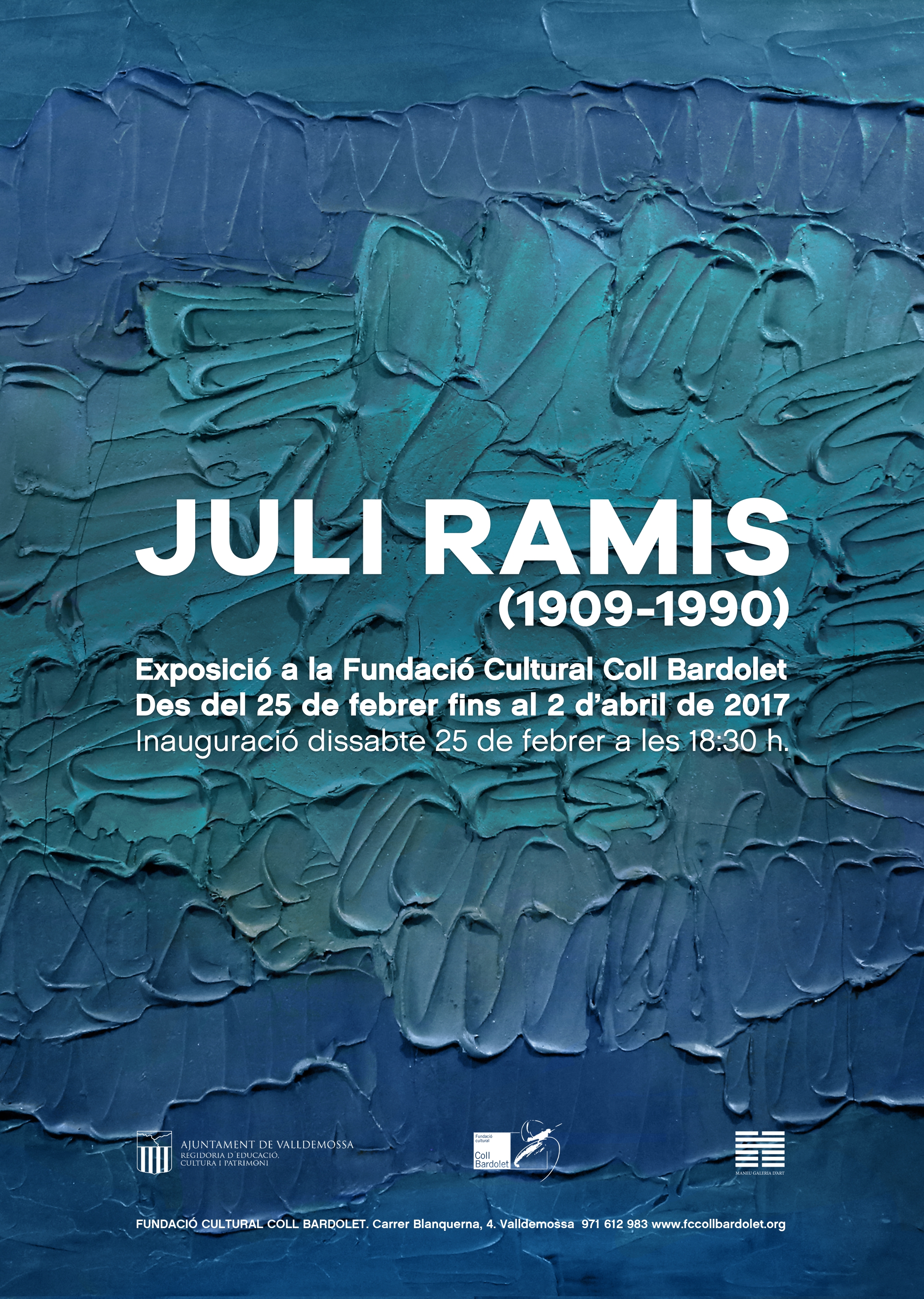 Exhibition on the figure of the recognised Majorcan artist Juli Ramis. Is treats of a retrospective exhibition in wich you can see works from different representative periods of the artist. His contact with the avant-garde of the twentieth sentury, the time of abstraction in wich he experiments with the subject, and the return to figuration since the late 60s.

This exhibition consists of 50 original works on canvas, board, paper and cardboard; more than 48 litographs. This is the “Alphabet Series”, divided into eight series, each series consisting of six units, of wich 125 numbered copies were made: more than 25 P.A. numbered I to XXV and 15 H.C. on Velin Arches paper and realices in 1986.

The original work cames from private collections. The artwork was a work make by the artist under the tutelage of his gallery Joan Oliver Maneu.

This exhibition will remain open until April 2.