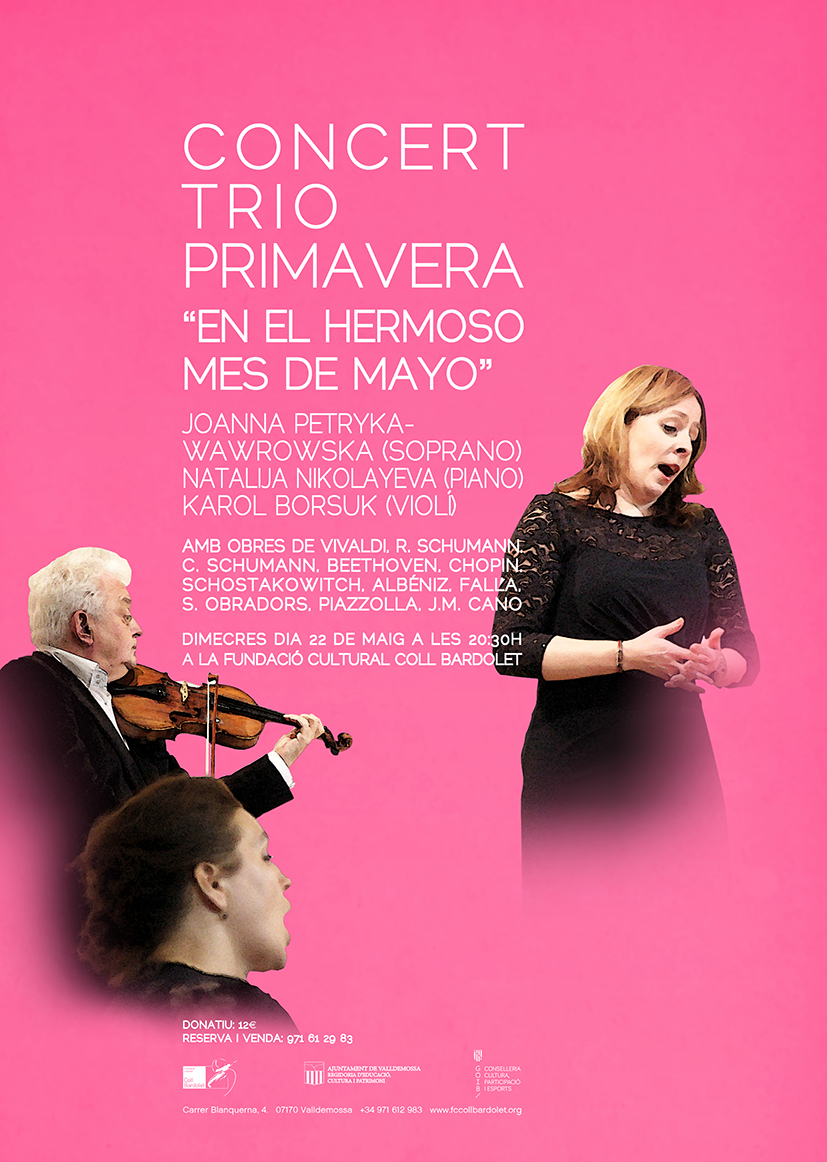 Joanna Petryka-Wawrowska is a soprano who took classes in Krakow and Stuttgart. In 1999 he began his cooperation with the chamber music group Ars Nova, performing numerous concerts in Europe. As of 2004 she will be a guest artist in many European theaters, and in 2016 she sang “Quo Vadis” by K. Borsuk, recorded on CD.
Karol Borsuk studied music in Poland as a violinist, composer and conductor. He has conducted concerts in Poland, Hungary, Italy, the Czech Republic, Austria, among others. But for several years he has dedicated himself to composing for piano, violin, viola, organ, as well as songs. Since 1981 he lives in Berlin where he works as pedagogue and choir and orchestra director.
The pianist Natalija Nikolayeva began her studies in Ukraine and continued in Berlin, taking part in several advanced courses in piano and chamber music. He has an intense career as a soloist or in collaboration with orchestras and chamber groups, in addition to publishing a large number of specialized articles. He was a professor at the University of Potsdam and has done concerts at several European places.