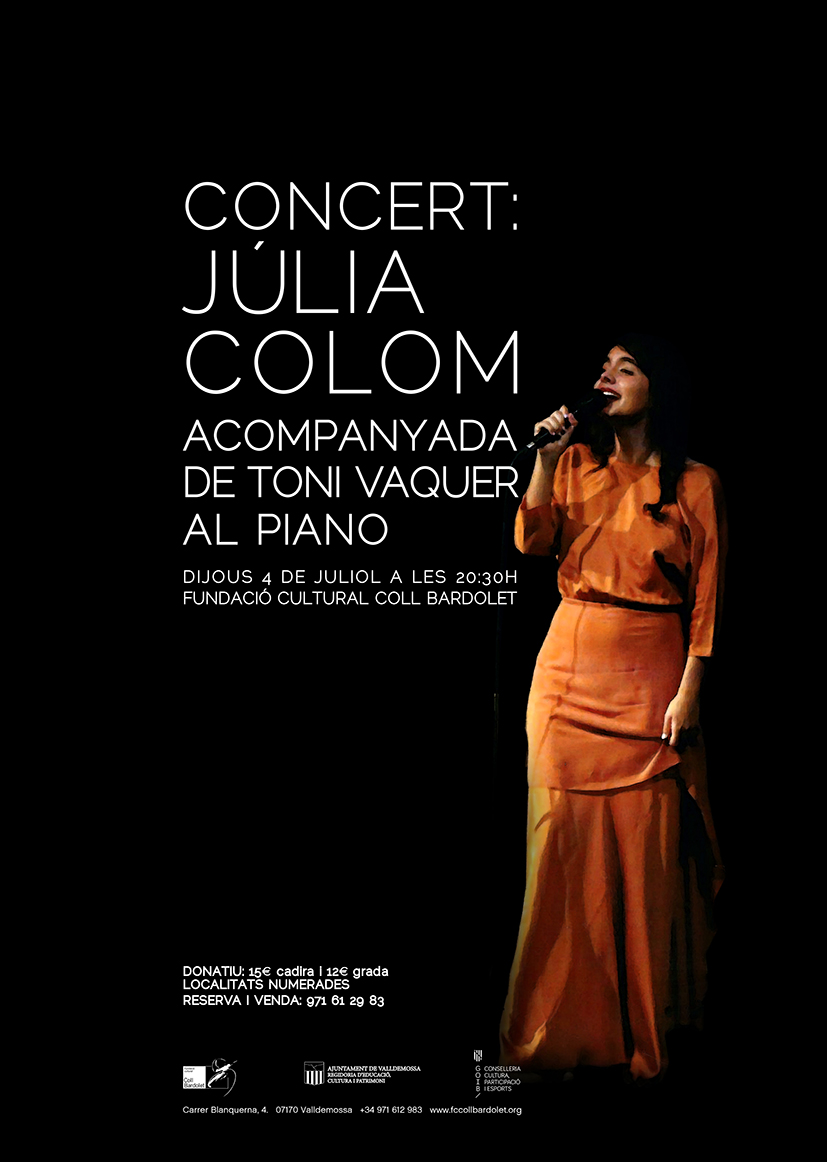 Next Thursday, July the 4th at 8:00 p. m. it will take place the concert of the duo integrated by Júlia Colom and Toni Vaquer at the Cultural Foundation Coll Bardolet.

This duo presents a repertoire that draws on traditional Mallorcan music. This is due to the selection of musical ideas of both components and, as a result, a tribute to the music that has accompanied them from their roots and development as artists. The singer Júlia Colom will be accompanied by the pianist Toni Vaquer.

The young singer from Valldemossa (Balearic Islands), Júlia Colom, came into contact with music from a very young age. From 15 years, driven by jazz, he start doing concerts, especially the Balearic scene, accompanied by musicians of proven track record and Costa Nord in Valldemossa, the Menorca Jazz Festival or the Berliner Philharmoniker in Berlin, among others. In order to improve their training and contact with other styles moved to Barcelona to receive singing lessons with Ruben Fernandez at the Escola del Taller de Musics and begin their studies at the ESEM (Escola Superior d’Estudis Musicals) . To this day he has performed in Barcelona, Portugal, France, Berlin, New York and India.

Accompanying Júlia, with the piano we have Toni Vaquer. The pianist is one of the most important musicians of the national jazz sphere. He holds a degree in piano at the Liceu Conservatory and a master’s degree in composition and arrangements from the Berklee College of Music in Boston. He created the Big Band and The Voodoo Toni Vaquer Children Collective, who led while he was there, and then made a replica to return to Spain with several of his companions. As an arranger and composer he has worked with different bands, and as a pianist he has participated in national and international tours and concerts. Throughout his career he has received several awards, and since last year he is a professor in the Department of Jazz and Modern Music of the Conservatori Liceu.