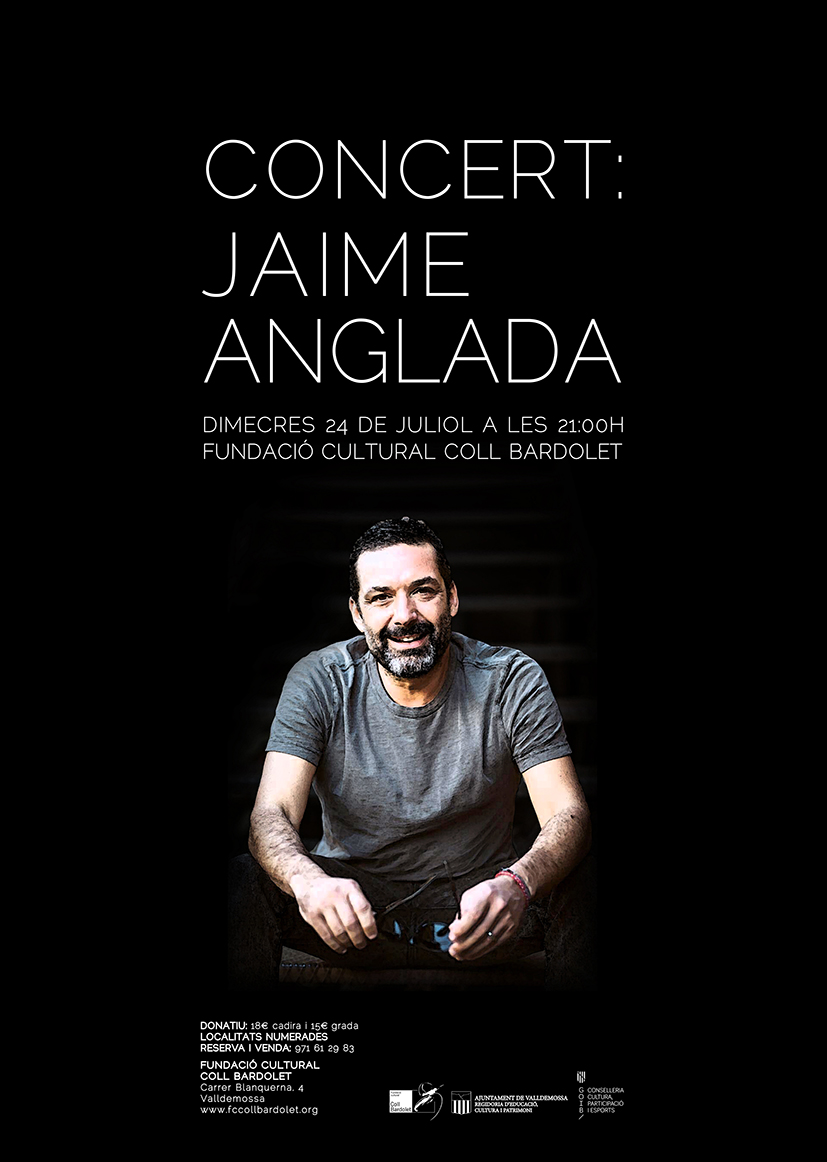 Next Wednesday, July 24 at 9:00 pm, the concert of the Mallorcan singer-songwriter Jaime Anglada will take place at the Coll Bardolet Cultural Foundation.

Jaime Anglada (Palma de Mallorca, Spain, 1972), singer-songwriter, actor and Spanish television presenter, is a Mallorcan musician who started his interest in music at age 8. He began to play the saxophone and, later, at the age of 13 he switched to the instrument that will accompany him throughout his musical career, the guitar. As he grows up, he composes his first song and learns others from the rock and folk musical styles. His first concerts were in bars in Mallorca, where he began to make known to the Mallorcan public by playing his own songs, accompanied by his guitar and a harmonica. In 1994 he formed his band with Kiko Porcel, Pedro Beltrán, Xisco Torvisco and Cessar Esteban, and his first concert was at the WOMAD festival (World of Music, Arts and Dance).

His influences range from the Americans Bob Dylan, Elvis Presley, Johnny Cash, Van Morrison, Neil Young or Bruce Springsteen, who is his first musical idol, to the Spanish Joan Manuel Serrat. These influences of rock and roll can be seen in his first album Dentro de la noche, 1996, as well as his musical style as a singer-songwriter. Today has more than 20 years of career and a total of 9 albums, the last released this same 2019 and entitled Detrás del corazón, his second work with Carolina actress Carolina Cerezuela.