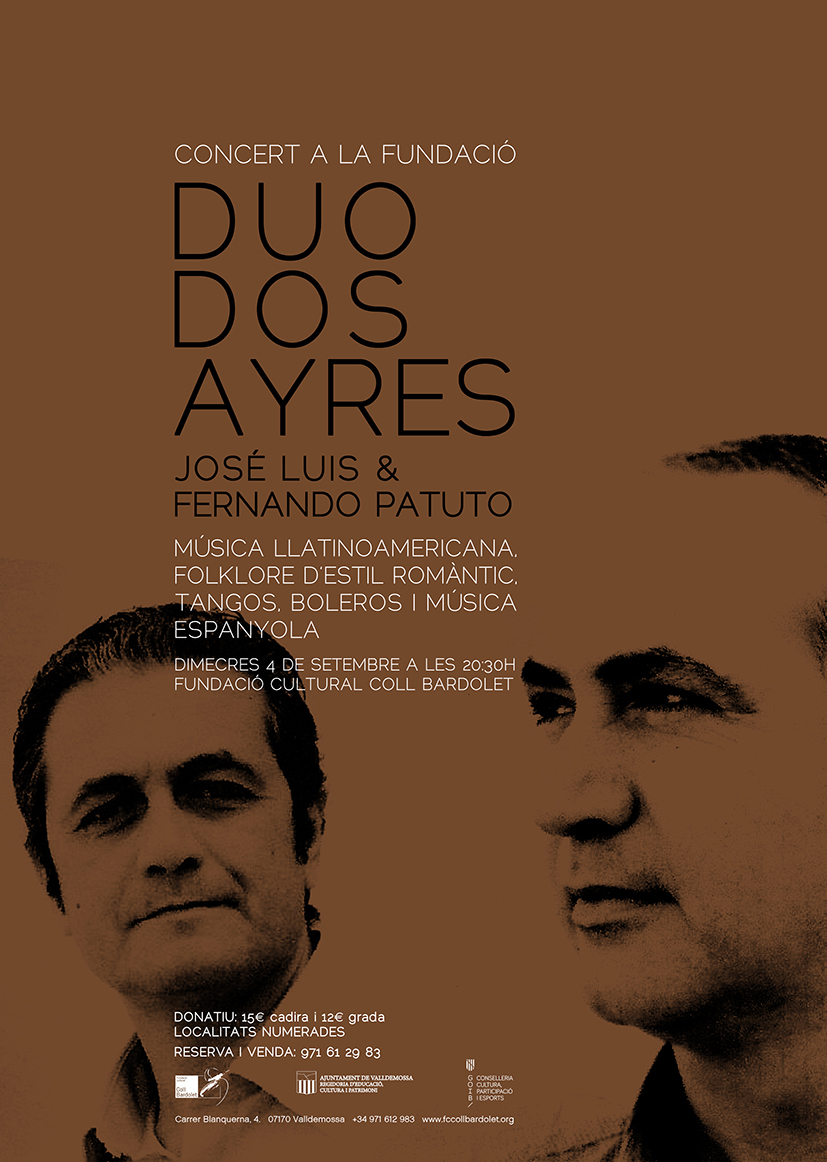 Next Wednesday, September the 4th at 8:30 p. m. it will take place the concert of the Duo Dos Ayres, made up of Argentines Fernando and José Luis Patuto, at the Coll Bardolet Cultural Foundation. This duo will present a repertoire of Latin American music, romantic-style folklore, tangos, boleros and Spanish music.

Fernando and José Luis Patuto, vocal duo and guitars, are originally from San Nicolás, Buenos Aires. Since 1991 they reside in Mallorca and remain active performing live, local radio and television. Throughout more than 20 years of musical career, they have performed in several hotels, restaurants, party halls, bars, venues, and have also participated in festivals in different towns of the island. In the same way, they have been able to take their performances to personalities of culture, music and sport, such as Daniel Rabinovich, Mercedes Sosa or Carlos Roa, among others. Separately they have shared the stage with groups such as the Trio Los Paraguayos, Els Valldemossa, Latin Duo…

Since they started as the Dos Ayres duo, they have prepared a joint repertoire influenced by modern folk music and traditional Argentine music, tango, guajira, Peruvian waltzes and ballad. In addition, among its references we find authors such as Chabuca Granda, Jorge Rojas, Donato and Estefano, José Alfredo Jiménez, among others. His style is a brushstroke of music that is expressed with feeling and from the heart to give the public the opportunity to live the experience with them.

In 2013 they presented their first album co-produced with the musician and composer Miquel Brunet, entitled Sentir. It is a repertoire with twelve Latin American music songs full of emotions and passion.